My Life, My Hopes 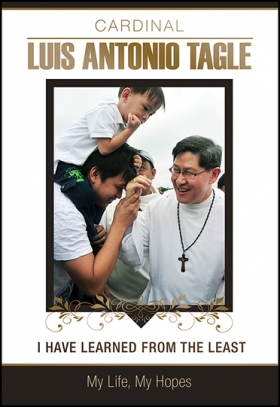 Cardinal Luis Antonio Tagle, the archbishop of Manila and one of the leading voices of the Asian Church, has emerged in this era of Pope Francis as an example of a shepherd who “has the smell of the sheep.” Narrated in the form of an interview, this memoir traces his upbringing in humble circumstances, his early vocation to the priesthood  followed by theological studies in the United States, service on the International Theological Commission, and his surprising rise in the hierarchy of the Philippine Church and on the world stage.

With unusual openness and frankness, Cardinal Tagle freely shares his thoughts on religious pluralism, social justice, an ethic of ecology, and the challenges facing the church in the twenty-first century. His deep commitment to the poor and an ardent faith in the gospel message shine clearly throughout these memories and reflections.