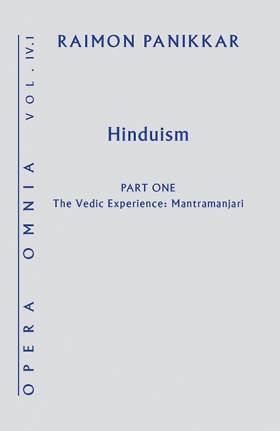 This new offering in the comprehensive collection of Panikkar’s work brings together in one volume the English-language versions of the most crucial texts of the Indian Sacred Scriptures. As part of his lifelong goal to bring “East and West together” in conversation about the sacred and the holy, Panikkar takes here selections from the oldest Hindu hymns, including from the Rig Veda, the Brahmanas, the Aranyakas, and finally from the Upanishads, the mystical and philosophical culmination of the Vedas.

Raimon Panikkar (1918-2010) made pioneering contributions in the areas of interreligious dialogue, comparative theology, and the phenomenology of religion, while bridging different religions and cultures (Christianity, Buddhism, Hinduism), and effected insightful conversation between the so-called sacred and secular worlds. These diverse contributions were tied together in a unifying vision he called his “cosmotheandric intuition,” the deep interconnection of the Divine, the Cosmic, and the Human.