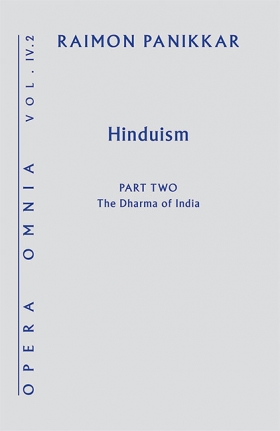 Over the course of his long career as a leading scholar of religion, Raimon Panikkar noted time and again that while religions could and should respond to the realities of the modern world, their sure path to continued flourishing was always to be found in remaining true to their roots and their homegrown traditions. He saw this as particularly the case in India, where the interactions between ancient religious traditions and imported modern influences are often most stark.

In The Dharma of India, the second part of the fourth volume (Hinduism) of his Opera Omnia, Panikkar suggests that the multi-millennial Indic cultures impose on India the burden and responsibility of following her own dharma, even if it is difficult and against modern winds. India’s burden and responsibility in this regard are not for her alone, however, but for the whole world.