A Servant of Jesus among Allah’s Poor 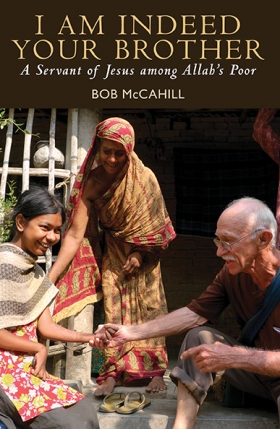 Part of the Missiology series:

For over forty years, Bob McCahill, a Maryknoll priest, has pursued an un­usual witness among the Muslim poor of Bangladesh. Rather than traditional pastoral work, McCahill simply tries to live as a friend and brother to his Muslim neighbors, offering a positive witness to the gospel ideals of service and love. In a series of small towns he has lived a life of utter simplicity, serving the sick, show­ing respect for Muslim piety, and explaining to all those who inquire the reasons for his way of life and good works.

This book is a collection of annual letters that Bob has sent home each year from Bangladesh over the last forty years. For many years these have appeared at Christmas time in The National Catholic Reporter.