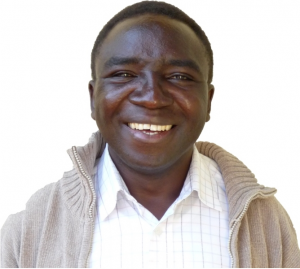 The Society of Missionaries of Africa was founded to announce the Gospel to the men and women of the African world. It is written in our constitutions and laws that it is among the men and women of the African world that we realise our vocation and our apostolic project which consists in being witnesses of the Kingdom of God. The evangelisation of Africa is what forms the global vision that has animated the life of our missionary Society since its beginnings. Having been founded in Algeria, the Society has always paid special attention to the believers of Islam. This has prepared it for the encounter and dialogue with the Muslims. Members are missionaries normally called to go for mission ad extra and ad gentes.

Rooted in the Founder and Tradition

Cardinal Lavigerie, the founder of the institute, insisted on the importance of living in community and exhorted his missionaries to be all things to all people according to the precept of apostolic charity practised by St. Paul (1 Cor. 9, 22). The Constitutions of the Society explain the Pauline “all to all” as an attitude of “being welcoming and open, to live close to the people and to be simple in our relations with them. It entails knowledge of their history and culture and of the current events of their country. It means above all an active involvement in every effort to make the Gospel come alive in every culture” This appears to be a whole programme which places the missionary in a relationship of love with those to whom he is sent, and as such cannot but prompt a loving response from the people. The attitudes listed here are useful non-material means of witnessing to God’s love. They form the basis of the means to realise the mission of the Society in fidelity to the inspiration of the founder that we rediscovered at the 2022 General Chapter.

In the course of its missionary history, the Society, like the Church, encounters various religious situations that constantly change. Thus, at the time of the implantation of the Church, the missionaries who were sent on a mission of first evangelisation worked to announce the Gospel through the catechumenate and sacraments in order to found Christian communities. They organised these communities by building churches and setting up various institutions and infrastructures for social promotion to help people in the fields of education and health.

Every General Chapter is an opportunity for the Society to discern strategies for living out the mission in order to achieve its vision of evangelisation taking into account the general context of Africa, the ecclesial context and the theology of mission. Various chapters have thus focused on specific aspects of Mission corresponding to the needs of the contexts of the day.

Facing the challenges of Today

The last Chapter held this year chose the theme “mission as prophetic witness”. There were several reasons for this choice. We live in a world that is experiencing a rapid digital evolution and that is bringing important changes in our lifestyles. There is also the difficult context in which the Society feels called to live its mission in Africa. The growing insecurity in many countries makes it increasingly risky to stay with populations affected by conflict. Religious fundamentalism and terrorism are gaining ground, just as hatred between different ethnic groups continues to fuel wars. There is also the challenge of the crisis of faith linked to the rise of secularisation and the general context of a Church that in many ways has lost its moral authority. Living mission in such context is a challenge of that calls for courage and commitment.

But alongside all the reasons mentioned there is a positive and more important one. It lies in the ecclesial context instigated by Pope Francis. Our last two General Chapters were held under his pontificate. While remaining faithful to the inspiration of the founder’s charism, the Society strives to abide by the Pope’s teaching in choosing its apostolic projects. In this way, the Society receives the mission entrusted to it by the Church and shares in a special way in the Church’s responsibility for the evangelisation of peoples.

From the beginning of his pontificate, Pope Francis opened up some important thoughts that reinstated an adequate understanding of Mission and that stand as a challenge to our Societies and Religious Congregation. His invitation to all consecrated people, in his letter of November 2014, to them at the occasion of the Year of Consecrated Life to “wake the world up and to be witnesses of a different way of doing things, of acting and of living” keeps echoing in the Society. Thus ‘witnesses of the love of God’ formed part of the caption that summarised the identity of the Society of Missionaries of Africa at the 2016 General Chapter. The theme for the 2022 Chapter calls for the witnessing to be prophetic. To the Missionaries of Africa, the Pope reminded the following: “The apostle of Jesus Christ is not one who proselytises. Evangelical proclamation has nothing to do with proselytism… Proclamation is something else. The apostle is not a manager, he is not a learned lecturer, he is not an IT wizard. The apostle is a witness.”

Some Strategies for Mission

A key interrogation during the General Chapter in the light of the theme was how to help the Society to avoid complacency in so that it will act and live truly its vocation. This is what led to search for strategies. ‘Prophetic witnessing’ was adopted as a sort of mission statement that is called to inform the life and the discernment in the Society as it engages in on various spheres.
For the next six years, the Society has asked itself to consider what living Mission as prophetic witness implies for the various domains of its life precisely in the areas that follow. We look at a brief presentation of the understanding of the domain concerned and the strategies elaborated to live it out concretely.

Our apostolate has always been lived according to the characteristics that make up our Charism. We are a Society of apostles, with Jesus as our model and sent by him into the world. We are animated by a passion for God and humanity. We bear witness to God’s love, individually and in intercultural communities, to our brothers and sisters in Africa, the African world and wherever our Charism is needed.
We live our missionary oath in radical fidelity, calling us to be authentic and prophetic  witnesses.
Our Charism has been constantly re-actualized during the different Chapters. In a new and prophetic dynamic, we wish to offer laymen and women today the possibility of sharing with us the Charism bequeathed to us by our founder.

Some strategies recommended are that:

● Each confrere has a spiritual companion whom he meets regularly.

● We radically live the non-negotiable elements expressed in our missionary oath: obedience in all that concerns the apostolate, community life, simple lifestyle and celibacy. Ignoring these elements puts us on the fringe of the spirit of the Society.

● Confreres reaffirm their missionary oath at the end of each annual retreat or other events such as 8th December.

2. Mission in its various dimensions

As Missionaries of Africa, we have broadened our traditional understanding of primary evangelization, previously seen as taking the Gospel to places where it was not known. We have been at the forefront of inculturation, sowing the seeds of the Gospel through our immersion in the language and culture of the people. In line with our Charism, we have not ceased to act in favour of Justice and Peace and to promote dialogue and encounter with believers of other Christian denominations, believers of Islam and those of African Traditional Religions.

We respond today to the challenges of the contemporary world by going to the fractured zones, to the peripheries of society and of the Church, where others would not go. Our zeal for mission helps us venture out and remain present in difficult pastoral commitments in and out of Africa, such as the apostolate with migrants, prisoners, street children, and the fight against human trafficking.

Our intercultural life is a challenge and an inspiring example to an increasingly polarised world where tribalism, racism, religious fundamentalism and greed divide people. Through our closeness to people, we bear witness to the boundless love of a God who chose to become one of us.

Some strategies recommended are that:
● Confreres invest fully in at least 6 months of language and cultural immersion before beginning full time missionary work.

● Considering the investment done by learning the language and immersion in the culture, any appointment be for a minimum of 6 years in striving for stability and for the good of the Mission,

● Faithful to our charism, all insertions have a clear commitment to the peripheries.

3. Interculturality is taken as such to be in itself prophetic witness

“Communities of consecrated life, where persons of different ages, languages and cultures meet as brothers and sisters, are signs that dialogue is always possible and that communion can bring differences into harmony” (VC n°51).

Cardinal Lavigerie gave our Society the international character that we now know: “I declare that I will not keep a single one of you who does not surround with the same love all the members of the Society, regardless of which nation they belong.” The Society has gradually been enriched by new nationalities and is now composed of confreres from 36 different nationalities, giving a strong prophetic witness in our contemporary society.

Some strategies recommended are that:

acknowledging the value and necessity of “home service”, the Chapter strongly discourages the increasing tendency among confreres to request to be recalled to their Provinces or Sections of origin.

The last General Chapter came as an occasion for us to remember that as disciples of Jesus and missionaries, our vocation is naturally prophetic. Our life carries with it a prophetic sense that is expressed in our Oath. Authentically lived, our commitment in the Oath is not only a means of self-sanctification but also still an effective testimony in today’s world. It makes of us messengers who proclaim by being, that the God we serve and to whom we consecrate our lives is real and that love for God can satisfy one’s life.