SEDOS concluded a five-day Mission Symposium last month with more than 35 speakers on the theme: New Trends in Mission, The Emerging Future. A Summary of the Talks was put together by a Redaction Committee (see Document), and their conclusion was that Mission remains basically a Missio Dei: mission starts in the mind and heart of God. Furthermore, Mission is based on four interconnected aspects: Scripture, Experience, Holy Spirit, and the Cry of the World. This interconnectedness makes it difficult to be one-sided in talking about mission. And last but not least, based on the different talks, the committee came up with four emerging themes:

Here too, for each theme they gave two interrelated aspects.

In this issue of SEDOS Bulletin, we wish to give full attention to the first theme: Synodality in the area of Mission. We start therefore first with a description of synodality and its reception in the Church. In this article, Fr. Jose Palakeel, MST, states rightly that “a synodal Church, which discerns communally, is better adapted to dialogue with the world, a world which is in need of the Gospel more than ever.”

Next, in the article of Ignace Ndongala Maduku, professor at the University of Montreal, we can read a more concrete historical example from the life of the Congolese Church during the time of Cardinal Malula, and how he tried to integrate the spirit of Vatican II into the working of his Diocese. “If we want to dialogue, we must admit as a basic principle that everything is not done at the top, that the Church is also built at the bottom by adaptation and initiatives.” For this, one needs to develop optimal listening methods for the diocese, which Cardinal Malula did according to the research of the Belgian Jesuit Father Léon de Saint Moulin.

After these two articles we come to more mission-oriented articles, which ask for a radical paradigm shift in mission, one on the level of the ministerial pastoral works, and the second, on the way we do mission.

The article by Samir García Valencia demands a new way of living the mission, a new missionary paradigm, namely “a missionary ministry in which space is given to all and dialogue with all, with a reform in liturgical life, above all that the Eucharist is truly lived and celebrated as the source and summit of all Christian life,” especially in this time of emergency. 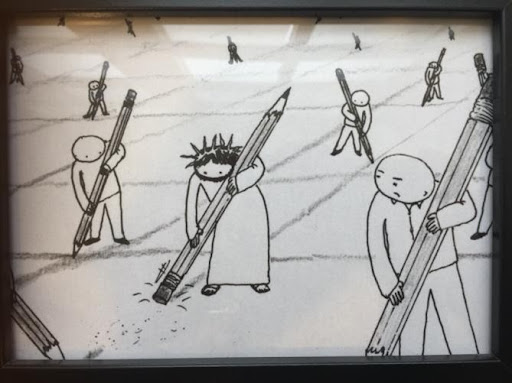 The last article is by three Comboni Sisters who talked at the SEDOS Mission Symposium about the problem that the missionary sometimes thinks too much that the mission is his/hers. Instead, the mission is first and foremost God’s, and next it is and should always be done in the plural as “we”. It is “our” mission. The three Sisters then gave testimony from their missionary experiences to illustrate this “new” way of thinking and doing.

Missionary synodality seeks not only to build unity in the Church but even more a world of fraternal unity (a fraternitas quaerens). As missionaries, we try against all odds to break down the walls that separate people because Jesus has given us this example.